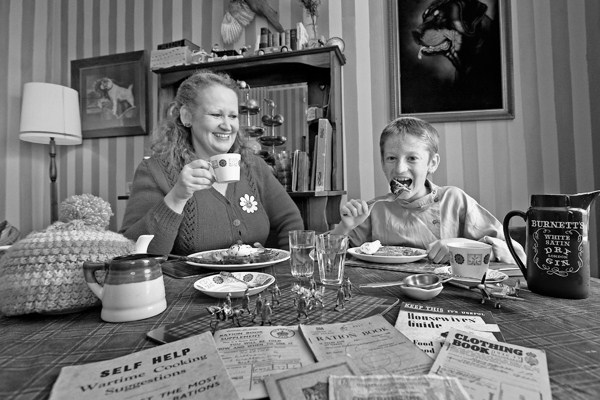 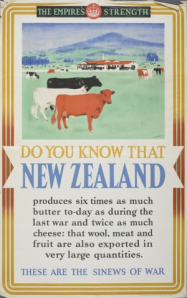 Butter rationing was introduced by the New Zealand Government in October 1943.
It was rationed down to 225 grams (8 ounces) per person which is around 16 tablespoons.
This almost halved the average weekly consumption of butter which was around 415 grams per person, that is a whole lot of butter!!!!!

New Zealanders loved their butter and it was used daily and very liberally in practically every New Zealand kitchen at that time.
So butter rationing meant that many everyday foods and baked goods were affected so other foods were used in butter's place.
Suet and dripping were the alternatives that were available, not olive oil or margarine as they were not in common use here in New Zealand.
Margarine, until in recent New Zealand history, needed a prescription from the doctor to be purchased.

Butter was rationed so that plenty could be shipped off overseas, to Britain and even to the USA, for the war effort.
Milk and cheese, however, was not rationed.

Rationing of butter ended in New Zealand in June 1950.

The following information was issued by the Department of Health, Wellington, New Zealand, in 1943.

With the introduction of butter rationing, it is important that people should know the foods that can help to compensate for the loss of food value normally supplied by the quantities of butter to which they have become accustomed.

In the first place, butter is butterfat, and the two other foods which contain butterfat are milk and cheese.
The amount of milk normally required daily is :

With less butter available it is necessary that all of this milk - and more, if possible - should be used.
The top creamy milk should be saved for the children's porridge and puddings.

More cheese should be used.
Grate it in salads, eat it in chunks with bread and a little of your butter, or cook it for the evening meal.

An important constituent of butter is Vitamin A, which enables the body to resist infection, and also helps to avoid the condition known as night-blindness.
Vitamin A is present, for example, in eggs and liver.
Cheese, eggs, and liver are all foods which can form part of the tea meal - the meal at which so much butter was eaten.

The green and yellow vegetables - leafy vegetables, carrots, kumeras (NZ sweet potato) - can all help in providing Vitamin A.  So can tomatoes.

To replace the Vitamin A, then, use milk, cheese, eggs, liver, green and yellow vegetables and tomatoes.

For baking purposes dripping clarified at home may be used, and if the butter for spreading runs out, salted beef dripping in which an onion has been cooked, is suggested as a substitute.

To sum up, the following foods will help to make up the deficiency caused by butter restrictions :

1.  milk and cheese
2.  eggs and liver
3.  green and yellow vegetables and tomatoes
4.  salted beef dripping for spreading on bread
5.  clarified dripping for baking. 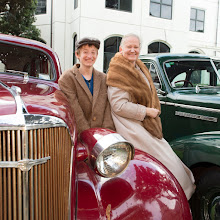 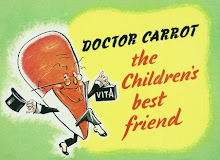 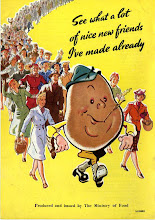